Difficult Conversations For Those Who Hate Conflict

Funeral directors are notorious for being conflict avoidant. Yet they have a job where they must engage in difficult conversations with staff, vendors and their customers.

I used to attend a church with a pastor who would go to bizarre lengths to avoid conflict. He was beloved by the congregation and staff alike. But the administration was a train wreck. Amazingly, one word changed his whole perspective. More on that later.

1. Always be clear about what YOU want. Never engage in a difficult conversation in the heat of the moment. The mistake a lot of people make is they focus on the negative. Instead focus on the desired outcome. Know in advance the outcome you want. It also helps to know why you want it. If an employee is consistently ignoring established systems, what you want might be compliance. Or a disruptive member of a family you are serving might need to be made aware that their behavior is in conflict with the outcome THEY should want. With staff discipline don’t phrase things as warnings or probation. Clearly state your expectations.

2. Begin from a place of respect and curiosity. Edgar Schein, a renowned expert in organizational development, calls it “appreciative inquiry”. Being forced to have a difficult conversation doesn’t necessarily mean the other person is a “bad” person. Taking an interest in the other’s viewpoint and seeking to understand THEM automatically creates an atmosphere for progress.

3. Stop worrying about being liked. Conflict avoiders are usually preoccupied with their likability. People who are clear and direct and enable others to always know where they are coming from are almost always liked and respected more than the doormat.

4. Focus on what you are hearing not what you are saying. As long as you are clear about what YOU want it is much better to listen than it is to talk. Once you express the purpose of the conversation you should do much more listening than talking. Mirroring the other person’s viewpoint and repeating in your own words to make sure you understand them correctly can help you figure out what to do next.

5. Say it! People like people who are direct but not abrasive. They want to know what you want, how you feel and where they stand. Be direct, honest and clear. Don’t beat around the bush. Don’t spend time on unrelated conversation or hesitate.

6. Do it now but don’t do it mad! I learned a long time ago not to address difficult conversations emotionally. Sometimes I just need to calm down and put some space between me and an event. NEVER EVER let it be personal. So waiting a few hours or even a few days is OK. But waiting weeks and months is not. No one likes a “stamp collector” (one who saves up criticism to unload it all at once).

7. Expect a positive outcome. Even if that outcome is something undesirable outcomes should be a step forward not backward. Worse yet is to leave something UNRESOLVED.

8. Don’t equivocate.  Compassion is one thing. Cowardice is something else entirely. Misplaced compassion can cause you to defer discipline or lower expectations. Assuming you are clear about what you want…stand your ground.

About that pastor and the miracle word.

The situation at the church reached a crisis and the board brought in a church consultant. His advice to the pastor:

“stop seeing conflict as confrontation. Instead think of yourself as helping others with CLARIFICATION. It was absolutely amazing to see the results as the pastor began clarifying expectations.” 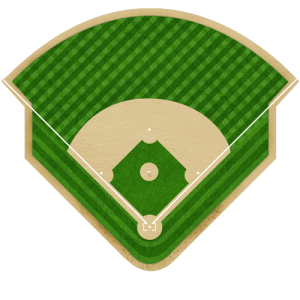